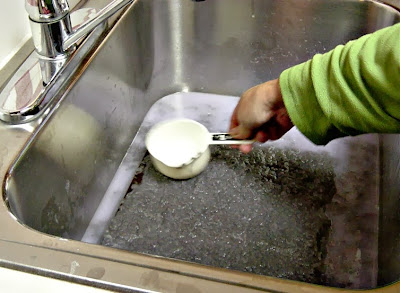 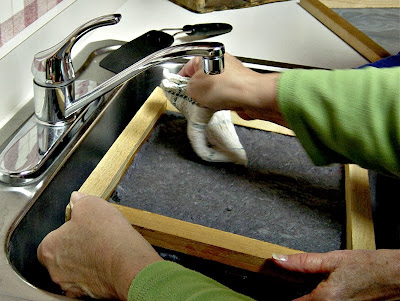 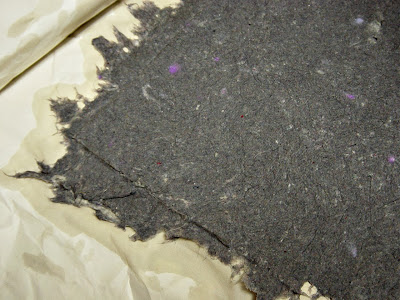 Paper Making
We made paper today from dryer lint.  It was not a pretty job.  It was slimy, chunky, stringy, hairy (pet and human).  Have you ever seen the Bassomatic skit with Dan Akroyd from Saturday night live back in the mid-seventies?

I think the paper will turn out much lighter after it has dried  -  which I think might take days.

We had a great time! And I think the most important thing we learned  -  start buying much lighter clothes so we'll have better lint.